Food is something very close to our hearts. And that’s why it is so risky to go up to someone and say: “This is the way you should cook this dish”. Everyone has a specific memory of a dish. And that memory is usually linked with the way it was cooked at his own home. BUT… there are always some basics that should be followed.

That’s why I’m going to talk about the tortilla de patatas or tortilla española. The thing is, I’m a true gastronomy junkie. I watch all kinds of cooking shows/documentaries. I follow all kinds of blogs, Facebook pages… and I often see recipes of this dish going around in the internet that make my heart bleed. 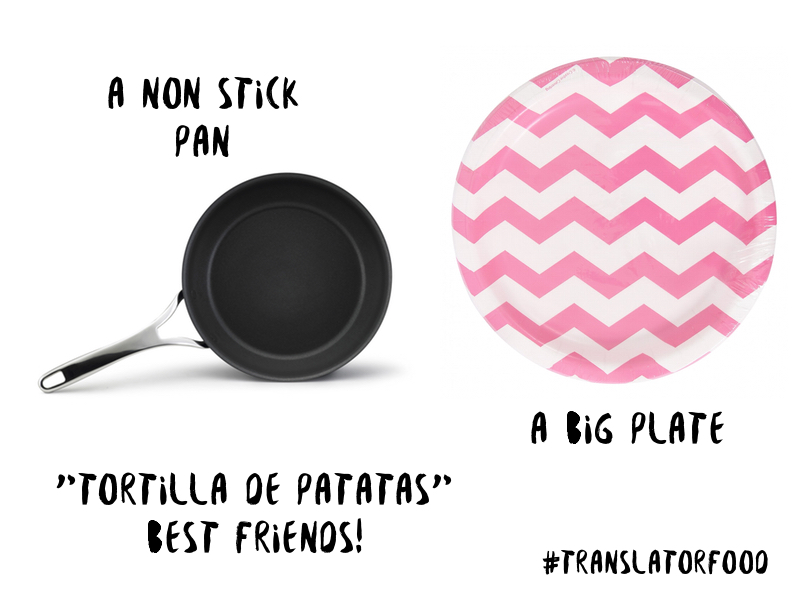 So, today I am going to tell you some basic facts you have to know about the REAL spanish omelette (meaning a traditional tortilla de patatas the way it has been eaten in most spanish households for decades).

For some people… it is.

For me it’s obviously into slices, because the layers of potatoes come out awesome.

This depends of where in Spain you eat the tortilla de patatas. There are those who like to let the eggs extremely runny, and those who can’t stand that. But I´ll tell you what. It’s very difficult to cook a tortilla and achieve that lovely runny interior, and still manage to cook the outside.

What do you think? Cancelar la respuesta